Comfy fit right from the start. Excellent waterproof properties. My only concern was regarding the shin protection and if this would have any negative effect with my trousers. I visited the shop in Leeds only to ensure the fit was okay with my motorcycle trousers. Everything was fine. As always, very helpful staff too

Comfy straight out of the box.

As the title says, super comfy without wearing in. Buckles seem study and when closed, the boots feel very secure. Very happy with them.

Super Comfortable Out The Box

I have difficult feet, narrow at the ankle, so boots are a pain to fit. Had to order 5 or so pairs to try the fit. These were comfortable straight out the box, which is rare for a motorcycle boot in general. Haven't yet had a chance to test the waterproofing, but I'll be heading out on some muddy trails next weekend. I chose these over the SIDI Adventure 2 because I found them more comfortable around the whole foot. The SIDI did have the benefit of a higher goretex liner, but it came at a significantly higher cost, and I felt that some of the plastic elements might cause hassle. It just felt a little busy in comparison to the rugged simplicity of the TCX.

Great boots at a fantastic price!

Boots arrived within 2 days of purchase. I have only begun to break them in but so far so good. They were as expected from other reviews , very comfortable and high quality. 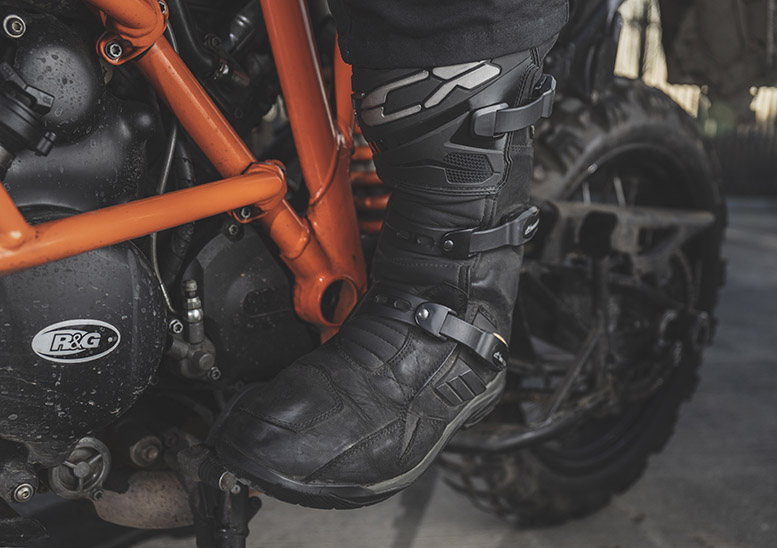 While I don't do a lot of off-roading,  I’m a huge fan of adventure boots as they offer the level of protection I’m a...