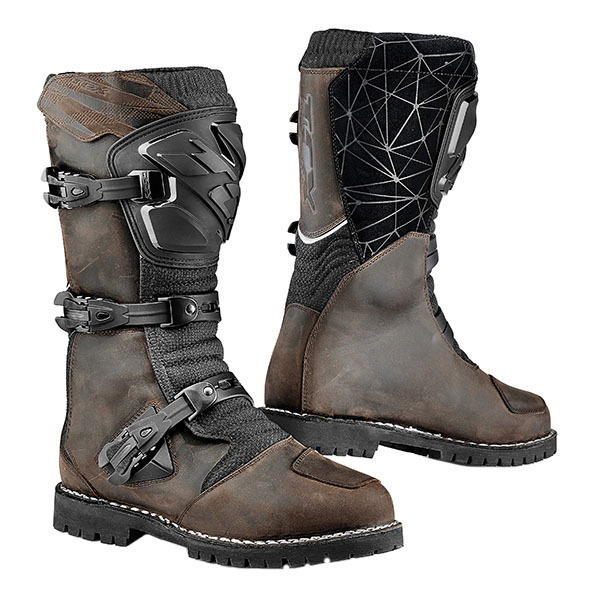 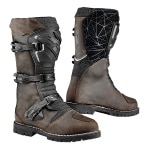 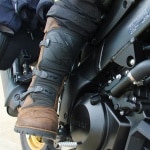 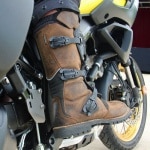 These boots are very well made and comfortable. I bought a size 41(7.5 uk) my true size which was perfect as the boot seems to have allow for a wide foot. The clasp system is made of good quality materials and adjustable, allowing you to wear the boot to the shape/width of your calves. The boot has a weathered leather finish and looks stylish, a great boot for commuting, touring etc. The boot is waterproof but I have not be able to test their performance in the rain. I would highly recommend this boot and as always the service from Sportsbikeshop was very good.

These boots are amazingly comfortable straight out of the box. Quality product and excellent service from sportsbikeshop. I ordered one size up and they are a perfect fit.

All around great boot

I usually have to size up, because of wide feet, but went for my true size this time and they fit perfectly. Haven't tested them properly, but the build quality and materials is very good. Lowest price I could find was here. Thanks!

I ordered a few pairs from Sportsbikeshop to try on, thanks to their awesome service, and finally settled on the TCX Drifter. Super comfy, feel very robust giving me the protection I was after, sizing perfect, and look good. Look forward to some great adventures with them after lockdown.

The Sports bike shop was very helpful over the phone during Covid-19. My TCX Drifter boots arrived on time, they fit perfectly, are comfortable for walking and riding. Being a female rider I was concerned that the boots would be too bulky. I would recommend these boots over anything else I have worn. 100/100 all round.

These boots are in the sweet spot of feeling strong and protective and yet still being comfortable. Waterproof so far. Sizing seems pretty much spot on, for me anyway.

Once again The Sports bike shop has come through a winner, Tcx Drifter boots are excellent, they are comfortable from the off. They are well made, waterproof & offer support where you need it. Very Robust, my last pair of Tcx (infinity) lasted 10 years & are still ( battle scared) going strong. 10/10.

comfy, protective and a great looking boot, service was excellent, delivered next day.

Best on the market. After trying Sidi adv2 and Alpinestar toucan I tried TCX drifter, guys and I can tell you is best fit, NOT clunky at all and amazing minimalistic vintage design. I can recommend them%! Greetings From Barcelona 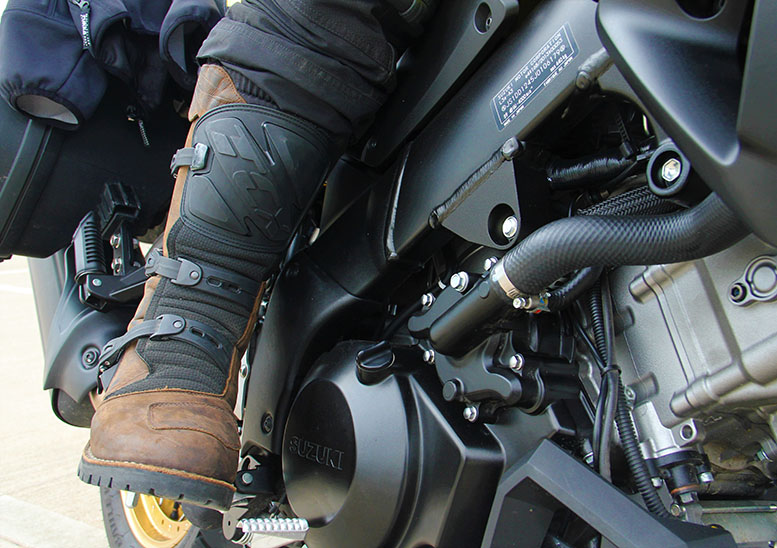 I bought these boots because I wanted brown boots that looked stylish when worn off the bike with my Rev’It Philly 2 ...

Light enduro all weather adventure boots for use on and off the bike.